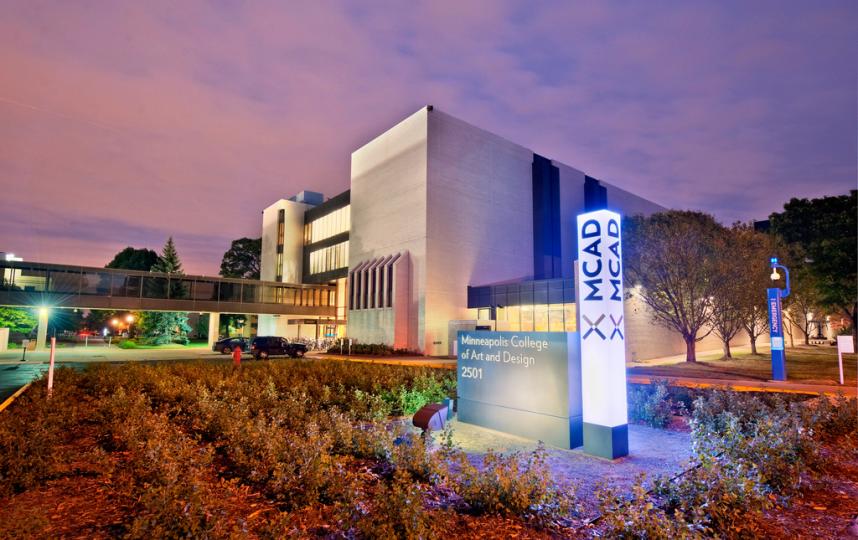 This exhibition will be on view June 6-24, 2022 by appointment (contact Ellen Mueller at emueller@mcad.edu).

A reception will be held Wednesday, June 8, 5:00-7:00 p.m. If you need any assistance or accommodations, please reach out at info-mfa@mcad.edu. Learn more about parking and transit options.

Transubstantiation, George Demertzis
Photography has the ability to capture a piece of reality without altering the object itself. Modern  means, such as the digital scanner, can convert the analogue world into a digital one without any deviation. Nevertheless, nobody can guarantee that the scanner will operate properly. In the case of an error, the visual outcome differs from the input, the analogue. One might say that in the intermediate state a transubstantiation of image has occurred. A situation that lies between the outset and the wanted result for the agent (scanner), a transubstantiation that obtains its identity in time, a parallel reality that we can now inspect, or a remark on the photograph itself that's capable of shifting semblances, transitioning from one implement to another without one realizing it. It's not a trick or collage, but an experiment on the conditions and nature of the photograph at the time. A mistake is capable of breathing life into the intermediate, and why not worthily stand by the inception, endowing it with an extraordinary form.

Blyertspenna, Eva Vei
This past spring I visited my family in Stockholm for several weeks. My cousin, Kristina, has been diagnosed with autism. Even though she does not have the ability to speak, write, or read, she always holds a pencil (blyertspenna) in her hand. During my stay, I photographed Kristina and her parents, focusing on everyday moments, and exploring their codependent relationship. I became interested in the connection between words and objects and non verbal communication between the family members. By isolating everyday items that work as symbols my aim was to portray the protected environment they’ve built for her and to explore the power of the language of hands. Spending time with Kristina, I found new ways to communicate with her by practicing eye contact and by studying her body language.

Wake Up And Get Shot, Nick Chatfield-Taylor
This body of work began during the era when digital cameras became affordable for more people than just commercial photographers. Film and film processing costs were no longer part of the equation, so someone with a camera could snap away endlessly. As a result everyone needed to look good for the camera at all times. Wake Up And Get Shot was originally conceived in part as a gift to those being photographed: each would receive the worst photograph of themselves, thus every future photograph could not be the worst. Taken in the middle of the night, each subject was roused from their slumber as delicately as possible, and their photo was taken in complete darkness. No makeup, hair a mess, eyes half open or entirely closed, and bodies lacking formal posture, each person is seen in the raw.

Please Look, Don’t Touch, Shoshana Fink
“Please Look, Don’t Touch” is a photo-sculptural series that explores how human beings interact with digital technology, trading physical contact and proximity for looking and displaying. Like objects in a store or a museum display case, online we look at each other but don’t touch. Instead, we live in a world of surveillance in which we both surveil ourselves and we are in turn surveilled. This is intimacy without the intimate, where human value is measured in views, and algorithms we neither control nor understand probe and profit from our engagement.

Encapsulated Memories, Lokho Kotile
A collection of film photos of last summer and fall, documenting the changes of life. This series of photos explores growing pains. The idea of growing up and leaving behind. Our memories are forced to change within time. Some of these photographs are hidden within my memories and shown in a different light. There is a sense of intimacy within these photos, they show my closest family and friends. Each photo has a story and a place. We are all transported within our memories.

More Than an Object, Alexis Schramel
This past fall I explored context and object interactions by carrying a foam board to my favorite places and documenting the process of slow looking and experimentation. What is the poster board doing in this place? How does meaning change by shifting perspective and location? What does it mean to walk on indigenous land, carry a white poster board, and take photos? This photo series holds many questions for me and my audience. Any potential answers to questions these photos raise are meant to challenge and shift our understanding of objecthood and context.