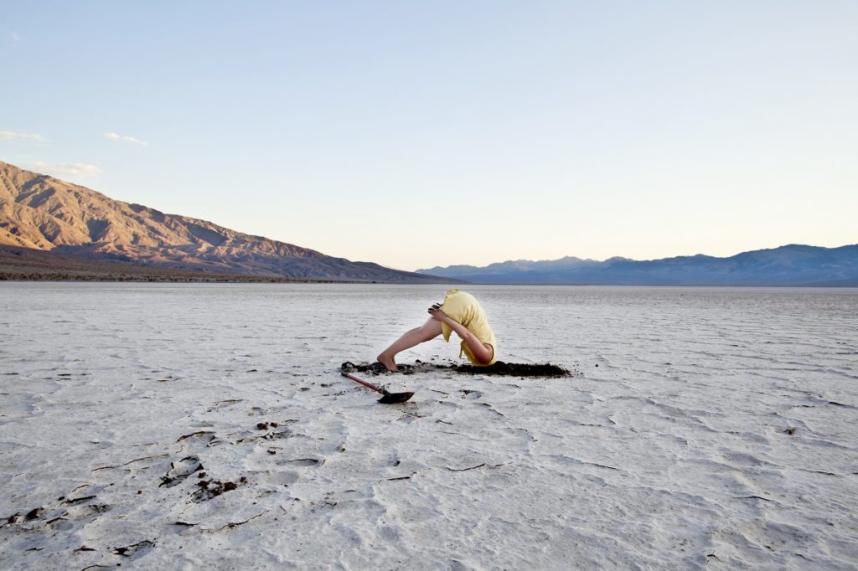 This exhibition will be on view June 6-24, 2022 by appointment (contact Ellen Mueller at emueller@mcad.edu).

A reception will be held Wednesday, June 8, 5-7pm. If you need any assistance or accommodations, please reach out at info-mfa@mcad.edu. Learn more about parking and transit options.

Jason Bernagozzi: Associate Professor of Electronic Arts at Colorado State University. Bernagozzi is an artist whose work examines and critiques the codes embedded within the psyche of media culture. His work uses the real-time features of video and electronic media as a way to engage with interdisciplinary concepts as a dialogical system of emerging languages. He is particularly interested in the potential of non-human agents as collaborators in the artistic endeavor as a way to explore new concepts that exist outside the sphere of human assumption and logic.

Originally from Tucson, Arizona Adán De La Garza holds a BFA in Photography from the University of Arizona and an MFA in Interdisciplinary Media Arts Practices from the University of Colorado at Boulder. He has participated in exhibitions at the Deluge Contemporary Art (Victoria, Canada), AS220 (Providence, RI), The New School (New York, NY), The Future Gallery (Berlin, DE), The Tucson Museum of Contemporary Art (Tucson, AZ), Casa Maauad (Mexico City, Mexico), Microscope Gallery (Brooklyn, NY) and festivals such as The Paseo (Taos, NM), PAF Festival of Film Animation (Olomouc, Olomouc, Czech Republic), Currents International New Media Festival (Santa Fe, NM), WNDX Festival of Moving Image (Winnipeg, Canada) and Denver Noise Fest in addition to The Biennial of the Americas (Denver, CO). Adán is also a founding member of the Sound, Video and Performance Art collective  The Flinching Eye, was a co-conspirator of the media arts exhibition series Nothing To See Here and a participant at Collective Misnomer. Adán is currently based in Denver, Colorado.

Fitzgerald is a Filmmaker, visual artist and educator based in Denver, Colorado. His work consist of digital collage and films that explore conceptions of blackness, masculinity, identity as performance and representation. His work is specifically aimed at humanizing and de-commodifying the black body through moving images. His work has shown in the Color of Conversation Film Festival and Unseen Festival in Denver, Colorado, and the Chale Wote Street Arts Festival in Ghana, Africa.

Jenna Maurice is an artist working in photography, video, and performance, who lives and works in Denver, CO. Her work deals with ideas concerning relationships (with herself, others, the past, and the landscape), non-verbal communication, and the language of the complicated human experience. Her work has been exhibited both nationally and internationally, including exhibitions at Material Art Fair in Mexico City, La Générale in Paris France, Satellite Art Show in Miami, Fl, LivingGallery in Lecce Italy, Festival of Moving Images in Winnipeg Canada, Satellite at SXSW in Austin, TX, and the Boulder Museum of Contemporary Art in Boulder, CO.

Kari Treadwell Ruehlen's work lies in between the space of personal history and American iconography. Autobiography becomes an important vehicle for different aspects of everyday life. Through her curiosity for common rituals, deeper meaning behind social behaviors and inherited symbols arise. Rather than relying on digitally fabricated means of production, she constructs objects and environments that are beheld through the camera’s lens. Sometimes the source happens to be re-enactments of activities that play a role in the slight and on-going changes of the self. In recent years she has gravitated towards knots, nest, hair and flesh; evoking networks and the entangled weight of ordinary objects. Her work ultimately aims to portray a momentary window into beauty through uncanny, altered behavior. Kari Treadwell is originally from Tucson, Arizona. She received her BFA from the University of Arizona with an emphasis of Photography in 2005 and her MFA from the University of Colorado at Boulder in 2011. Kari has worked at the Center for Creative Photography archiving some of the masters photographs such as Ansel Adams and processing right and reproduction requests. She has served as an university educator, teaching several different types of media including drawing, painting, sculpture, color theory, performance, video and photography.